The All American Rhythm Section: Buck Clayton-tpt, Walter "Big Un" Page-bass, Papa Jo Jones-drums, Freddie Greene-r/guitar. Hammond sold these tracks to Milt Gabler, but "Love Me Or Leave Me" was lost, until the 1970's, then reissued. 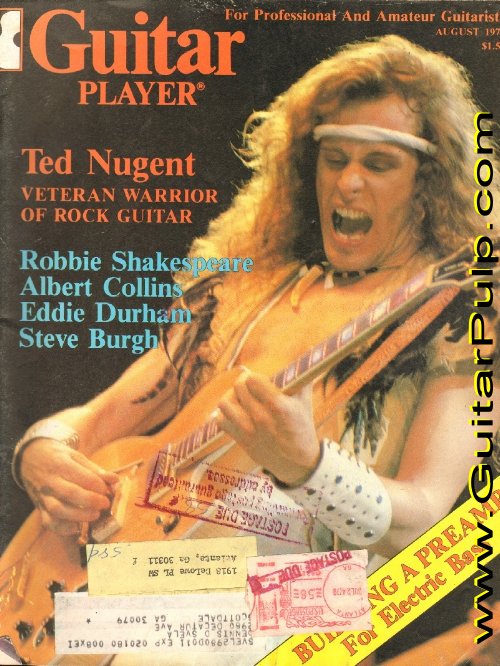 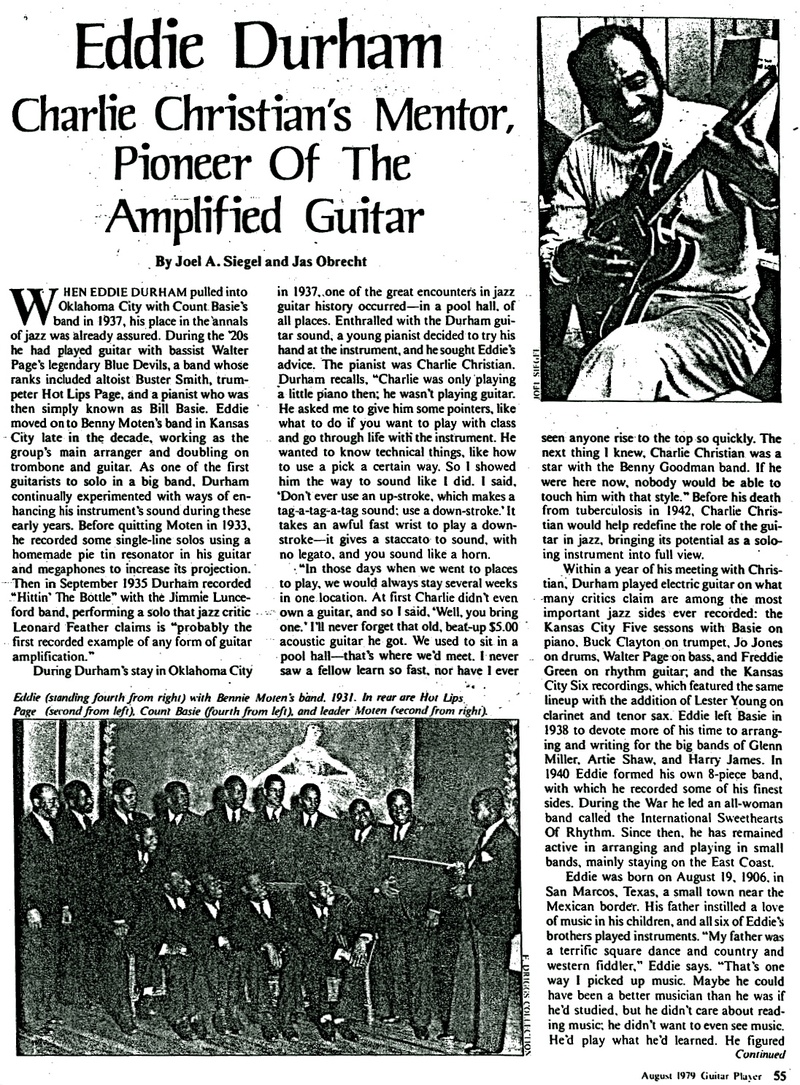 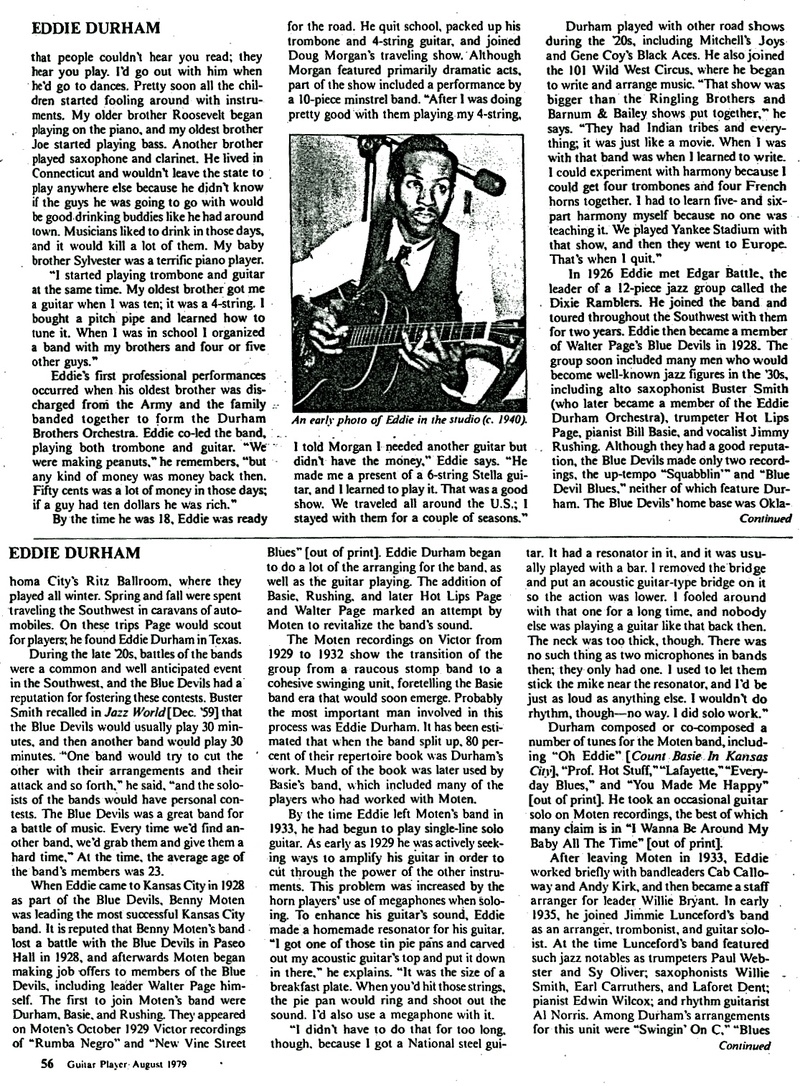 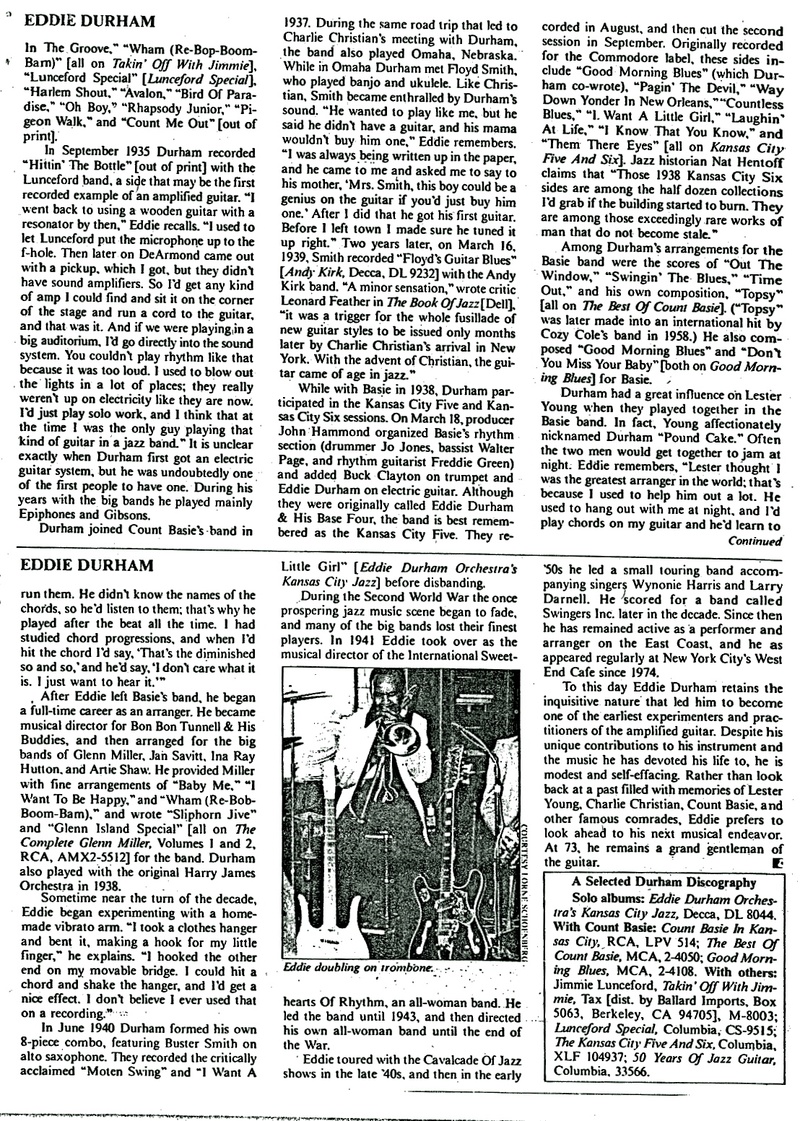 Eddie Durham's very first guitar recordings are October 1929 with The Bennie Moten Kansas City Orchestra. However, most of the personnel in Bennie Moten's Orchestra, including Eddie, emerged from

Bennie Moten's Kansas City Orchestra October 1929 on "BAND BOX SHUFFLE", "NEW VINE STREET BLUES" (Basie on piano) and 1930 "BOOT IT".  This only refers to "single line solos" on ANY guitar

metal-bodied, with a homemade pie tin resonator inside and megaphones to increase its projection, a hangar (now called a whammy bar), as well as his own homemade Amplifier. This only refers to an amplification system which was CREATED (not patented) by DURHAM, who performed with it - AND it being widely showcased by "himself"...

Hear also "Avalon". This is the first recording of it's kind (metal-bodied Dobro "resphonic").

Lunceford also recorded Durham on "HONEY KEEP YOUR MIND ON ME" for which Durham won an "All American Poll" for his innovative guitar soloing. 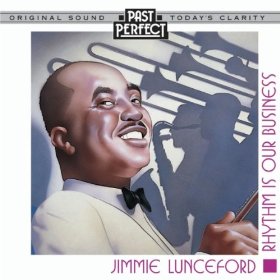 Please contact at "SwingtheBlues@yahoo.com" for exhibits of actual instruments or to license photos

OTHER GUITARISTS and "RECORDING" firsts

I'm pretty sure these websites won't even mention Eddie Durham, but DurhamJazz.com gives credit where it's due: